Protect the most important things in life

It makes sense to protect the things you care about most in life. It may be your health, your ability to earn an income, your family or a combination of these things.

This type of insurance is complex because there are so many products available, each covering and excluding different things. Selecting the right products for your particular situation isn’t easy. Yet this decision is potentially one of the most important you will ever make should the worst happen and you need to make a claim.

With your circumstances, finances, family and future potentially at stake, it is vital to know exactly what you’re buying including the product’s limitations. 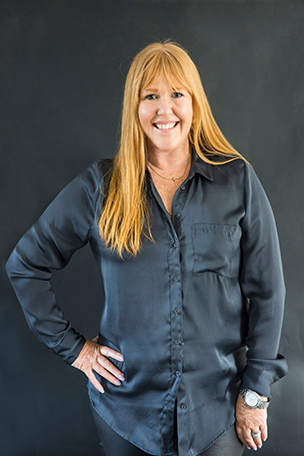 Stephanie Wiki talks to Next Magazine about her recent personal challenges

Born in Ashburton, New Zealand in 1970 Stephanie left secondary school at the tender age of 15. After working her way through a series of jobs (from shop assistant to Front of House at a large Hotel) she gained a position training a group of tele-marketers to secure appointments for AA Insurance advisers. She did this so successfully that AA approached her to become one of their advisers – a role which also saw her responsible for delivering mortgage and finance solutions.

Knowing by now that her passion was with insurance, Stephanie jumped at the opportunity to secure a position in Royal Sun Alliance’s insurance division.

Many years on – (and immediately after her and her husband took their two young children on a very EXPENSIVE year-long world trip) Stephanie faced what she describes as potentially one of the worst things that’s ever happened to her – redundancy!

Transitioning from a 6 figure salary to working for myself was probably one of the most difficult and challenging periods of my life.

However, with typical tenacity, Stephanie used this life-changing event to motivate her to set up her own business – The Insurance Clinic.

Stephanie has a large and colourful extended whanau including daughter Tori (who has worked alongside Stephanie in the Wiki Group since she was a teenager), son Kaleb, and a growing tribe of mokopuna

With a successful business now established (and with fewer demands on her as a Mother), Stephanie is in a position to share her professional experiences and accomplishments with others, helping them to navigate their own steps to success.

Catch up with Stephanie on Newshub
Me and My Money: Stephanie Wiki, Wiki Group

Without hesitation I would endorse Stephanie’s practices as being of the highest integrity.

Stephanie has adopted a unique process of generating new clients through seminars, which not only secures her a steady supply of clients but also educates the wider market about the risks that people face and the products that reduce those risks. In doing so she is effectively acting as a spokesperson for the industry.

I have extensive experience in the New Zealand marketplace and based on my experience I would have no hesitation in endorsing Stephanie as one of the leading individual advisers in the market today.

Catch up with Stephanie on Newshub
Me and My Money: Stephanie Wiki, Wiki Group